The International Conference Albania – Kosovo themed: “Integral development of mining industry with minimal impact on the environment” was held in Tirana.

Mr. Adrian BYLYKU, the Executive Director of AKBN, (National Agency on Natural Resources) at the beginning of his presentation made a brief history starting late in 1942-1944 on the legislation and reforms in the mining industry. The presentation consists of three topics: 1. Historical data. 2. Strategy mining industry development. 3. Legal framework on mining industry operations.

In his speech, Mr. Bylyku emphasized that Albania and Kosovo are two blessed countries, rich in natural resources mainly in the mining sector. He also spoke for a sustainable development and integrated management for drafting out policies and legislation in compliance to EU, as well as about the optimization of mining fee collection through a better cooperation between two countries and among institutions such as the National Agency of Natural Resources, the Albanian Geological Service, the Ministry of Infrastructure and Energy, etc.

In addition to the mineral resources mainly the metal ones, Mr. Bylyku ​​emphasized the prospects and orientation towards the use of non-metals, inert materials, basalt, gypsum, decorative materials that should be promoted, by creating expos in museums as part of history that ought to be inherited and  recognized for the education of younger generations.

Representatives of the Government of Albania and Kosovo also were present in this conference.

Mr. Taulant Balla, the Speaker of the Parliamentary Group of the Socialist Party, took the floor on behalf of the Albanian Government. He thanked the participants and emphasized the importance of  integral management of natural resources between the two countries Albania-Kosovo, enabling the rehabilitation of the environment after exploitation of the mines.

Mr. Valdrin Lluka, the Minister of Economic Development of the Republic of Kosovo who took the floor on behalf of the Government of Kosovo, thanked the Albanian counterparts for the cooperation and emphasized the importance of cooperation on economic development between the two countries.

The Deputy Minister of the Ministry of Infrastructure and Energy, Mr. Ilir Bejtja, who emphasized the need for qualification of human resources of all levels i.e. from the most simple specialist to the most qualified engineer in the use of the modern technologies on the exploitation of natural resources. 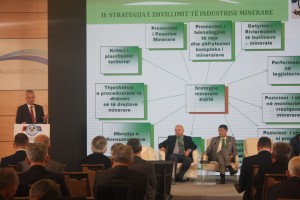 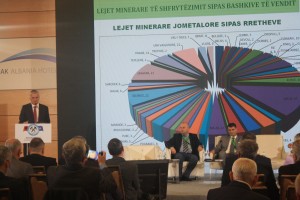 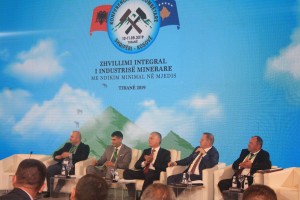 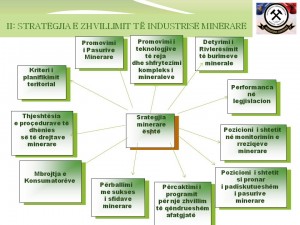 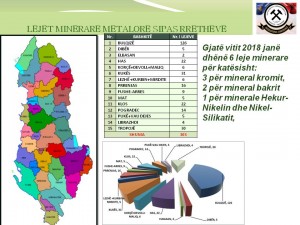 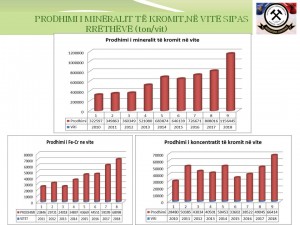